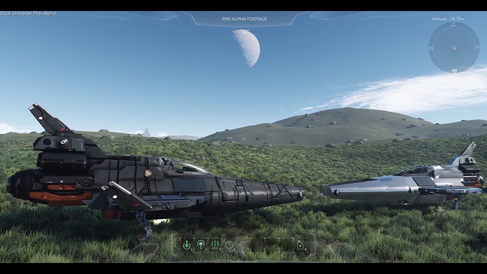 In Dual Universe, a Construct is a set of Building Blocks assembled within a Building Zone. A Construct can be static (example: an Outpost) or mobile (example: a Ship). A construct is an arrangement of voxels and components which work together to form whatever the player wants to create. Dual Universe does not have specific guidelines that say "this is a ship", or "this is a building". Rather, a set of voxels which have a Core Unit, engine, and cockpit attached to them will have the ability to fly like a ship, and this is therefore considered to be a ship. On the other hand, a set of voxels attached to a core unit, cockpit, and wheels would be a ground vehicle, because of it's ability to move along the ground.

Every construct requires a Core Unit to operate. A Core Unit defines a construct; upon placing a core, a new construct is born and the player can build off of that to create the construct they desire, within the building zone of the Core Unit. There are varying sizes each of the three core types:

Static Core Unit - Non-Mobile : This core unit is used on the surface of a planetary body or a moon for things such as an Outpost Base or Many Core units can be placed to create larger constructs, settlements and even cities[edit | edit source]

Dynamic Core Unit - Mobile : This type of core unit is used for all mobile constructs, from all types of ships to follower bots, portable Vendor Booths. The possibilities are endless as your imagination.[edit | edit source]